This movie has some pretty mighty big shoes to fill with the behemoth that was the original Black Panther. 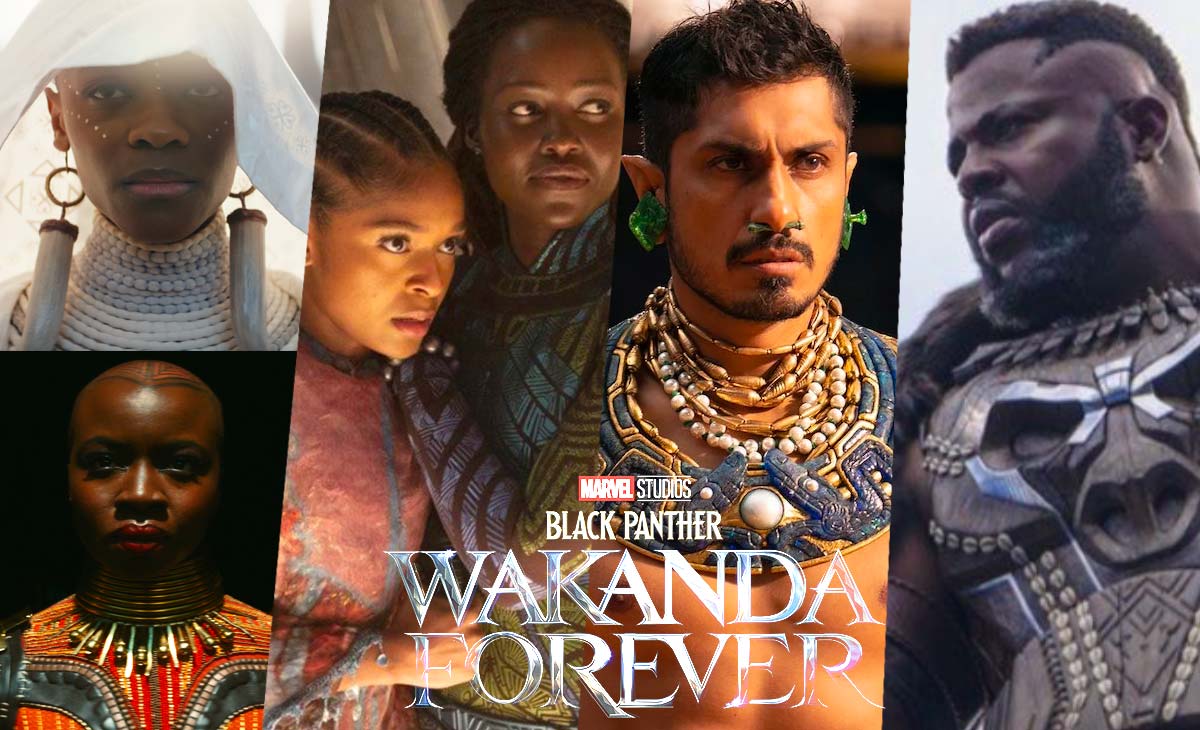 This movie has some pretty mighty big shoes to fill with the behemoth that was the original Black Panther, and obviously even more so following the real-life passing of Chadwick Boseman. For me, personally, I feel that this is a surprisingly stronger outing that the first film, with higher stakes, better acting, better special effects, some more great cinematography, memorable set-pieces, and another great score from Ludwig!
Somehow, they managed to work in the death of T’Challa in a tasteful way that managed to pay tribute to the real-life man behind the character for what will likely always be the most devastating, heartbreaking opening sequence to an MCU film.
The film was, as I'm sure everyone will point out, too long. The CIA plot was unnecessary and only saved by the charisma of the actors. And it did somewhat function as a breathing moment between the other events. The most egregiously unnecessary bit was the prolonged car chase scene with domestic police that ends with several cop cars destroyed, an international incident, and a completely deserted bridge somewhere near Boston. It made no sense, and they did the car chase thing in the first movie.
Chadwick's death was handled well. It doesn't particularly matter, but I felt like they should have gotten the "he's sick" concept out faster.

Angela Bassett is absolutely amazing in this movie. She and Danai Gurira carry the first two thirds of the film, which is why their characters' removal from the primary focus in the final third weakens things so much.

This film's first issue is that it starts off asking the viewer to care very much about an, arguably, minor interest side character from the first film. And it makes that character rigid and unlikable through the whole of the film. Shuri doesn't believe in the spirit realm despite her entire family line having seen it first hand. Not to mention the whole space magician vanishing half the universe's population thing.

This problem of unlikable main character is worsened by the fact that the "villain" is charismatic and mostly justified in his actions. Mostly, Namor's choice to attack civilians and then assassinate a queen makes zero fucking sense. He flips from "protecting our people is important" to "I'll murder your civilians and assassinate your queen." Which brings me to what I think the core problem is with this movie.

All of these people are terrible leaders of insanely powerful nation states. Well, powerful if not for their crippling stupidity. The broad bones of this story, Namor and the Wakandans, is a political one. About how another rival nation with access to vibranium reacts to knowledge of the mineral spreading. About the transfer of power from a strong leader to a novice. About how militant advisors can goad a leader into irrational responses.
Unfortunately, that's not the story Coogler was remotely interested in telling. He wanted to focus on the family drama and grief and all that, which is fine, except it's like putting an ill fitted human meat suit over the skeleton of an orangutan. It works, but its also bizarrely uneven.

TLDR: it’s great, I liked it more than the original, Shuri & Namor are fantastic leads, the score is great, the cinematography is great, a few very memorable set-pieces, continued great world-building with Wakanda and Talokan.