What happens to your brain at 25 ?

When we say the brain finishes developing at 25, we mean the frontal cortex catches up to the emotion centers. 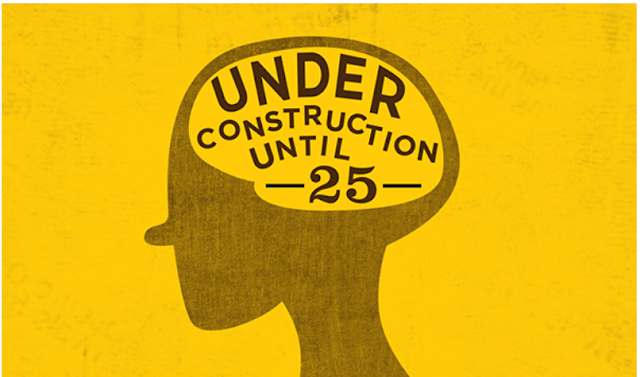 Adolescent brains are uniquely different to adult brains. As a teenager, the subcortical regions which process emotion, motivation reward etc. are very highly developed. This makes teens highly receptive to positive social cues and encourages them to engage in behaviors that make their peers like them. This is important because adolescence is an age characterized (in part) by increased contact with peers and decreased contact with family (which helps bridge the gap from total-dependence childhood and independent adulthood).Alongside this, the frontal cortex is developing much more slowly. This part of the brain is responsible for executive control, emotion regulation and inhibition.

When they say the brain finishes developing at 25, they mean the frontal cortex catches up to the emotion centers. By early-mid 20s, people are generally much better at regulating behavior even in contexts with positive emotional valence because the prefrontal cortex is developed and the connections between the PFC and the emotion centers are strong.

The brain does still change throughout life: new connection are formed, some connections are pruned (cut away), some connections are made stronger. However, your average person is unlikely to experience large scale neural changes akin to those between childhood-adolescence-adulthood again. There are exceptions which tend to be a result of atypical experiences like strokes or intensive training (like how London black cab drivers have unusually large hippocampi due to their unusual spatial memory), but for the most part the brain has "matured".

In much the same way, the human body clearly reaches a point where it has matured and isn't still going through rapid development, but people can still change their body through things like exercise or diet. Nevertheless it would not be accurate to say that a 30 year old's body is "not finished developing" just because he started lifting weights. The physical changes of puberty are very clearly not the same as building muscle through training. As it goes with the body, so it goes with the brain.