Ukrainian Ambassador Igor Polikha on February 24 sought India's intervention to mitigate the crisis it is faced with following Russia's attacks. 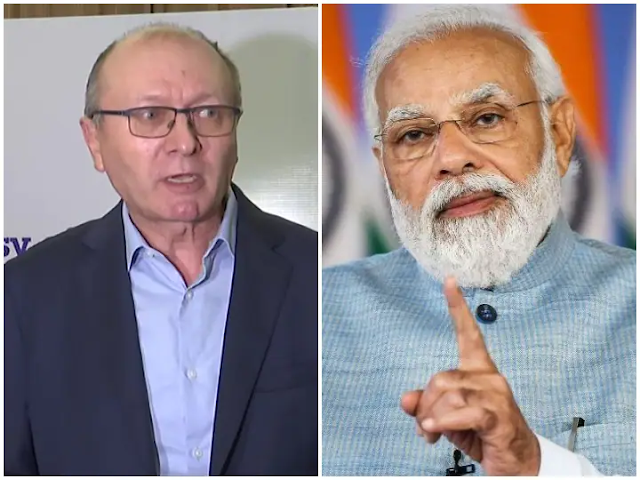 Russian troops launched a wide-ranging attacks on Ukraine on February 24, as Russian President Vladimir Putin announced a military operation in Ukraine and warned other countries that any attempt to interfere with the Russian action would lead to "Consequences you have never seen."
Ukrainian Ambassador Igor Polikha on February 24 sought India's intervention to mitigate the crisis it is faced with following Russia's attacks on its military facilities earlier today. Addressing the media, Polikha cited Mahabharata and urged Prime Minister Narendra Modi to pursue diplomacy with Russian President Vladimir Putin and help Ukraine out in this hour of crisis.

He said even though Russia is claiming it has attacked only military facilities, Ukraine has suffered civilian casualties too. Russia launches special military operation on Ukraine's eastern Donbas region; Its forces entered into Ukrainian territory.
Source