Ray Tracing on Samsung phones to become reality next year

Earlier this month, at Computex 2021, AMD CEO Lisa Su dropped the bombshell news (via The Verge) that it’s partnering with Samsung.. 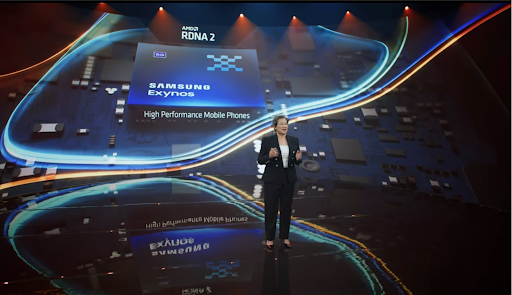 Earlier this month, at Computex 2021, AMD CEO Lisa Su dropped the bombshell news (via The Verge) that it’s partnering with Samsung to develop a new Exynos system-on-chip (SoC) that uses Radeon graphics.
Samsung’s Exynos SoCs are nothing new — they power phones sold in certain regions and generally are regarded as inferior to Qualcomm chips — but this new one, co-developed with AMD, could shake things up and pave the way for future phones that absolute graphical powerhouses.
With AMD’s graphics expertise, future Samsung phones could put dedicated “gaming phones” — a massively growing market, especially in Asia — to shame. If you're writing software that uses it, it's always been a fantastic idea, and it only gets more powerful and more feasible every year.