I can't speak for other countries but in India, the lack of discussion about value and people taking the time to actively define what they value. 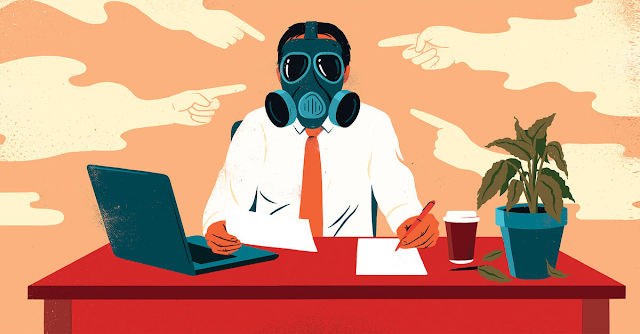 I can't speak for other countries but in India, the lack of discussion about value and people taking the time to actively define what they value enables toxic work cultures.
When cultures, and people, do not prioritize really honing in on what they value, that responsibility will get exported to the first person that wants to gain from it. I see this everywhere with how value is only conflated with money and productivity, which has been bastardized to mean the rate of which a person makes money or something that can be sold for money. All in the promise of being able to make more money for themselves and the company. If that's your jam, have fun.

Why do I think this is important? Some people just...know what they value. At 18, they know they don't care about a six figure job, or an expensive house, or what other people consider a productive use of their time. I didn't and a lot of people don't. It usually isn't until some company grinds their f**king soul into dust that they start re-evaluating their life in the crater where their happiness and well-being used to sit. And all the while, they feel like they can't say no. It's important because companies encourage cultures where they tell young it looks bad if they use their vacation, ask about benefits, or discuss pay.

Because of the pandemic, we're seeing it now where an entire class of people were able to see one of two things. Some were able to stay home collecting unemployment and had the first chance to see the actual value of having time for things other than pre-and-post work life maintenance. The others were sadly shown, in completely unambiguous terms, that the culture we allow enables companies and the government to treat a person's economic as more important than a person's health, financial security, or mental well-being while saying they're Essential. Being essential means that a company must take what you value into consideration.

And until we do this, especially for young people about to enter into workforce, companies will abuse people becaues there will always be a fresh supply of people to abuse. People will go to college and get degrees because they're interested in the subject and not realize those industries have cultures that conflict with or outright discourage what they value. They then feel stuck between bearing a hell of their choosing or coming to terms with being tens-to-hundreds of thousands of dollar in debt for a culture they hate.

This shit is preventable. These companies would either go bankrupt or be forced to change if only the people who solely valued money and titles applied to work there. We definitely need things like worker's rights legislation and pro-active regulation but, as individuals, we also need to define what we value to the extent that we know what we consider a personal right in the event that legislation never comes.