I would like to spread some of my thoughts on being an informed citizen, here, as I think it's relevant. 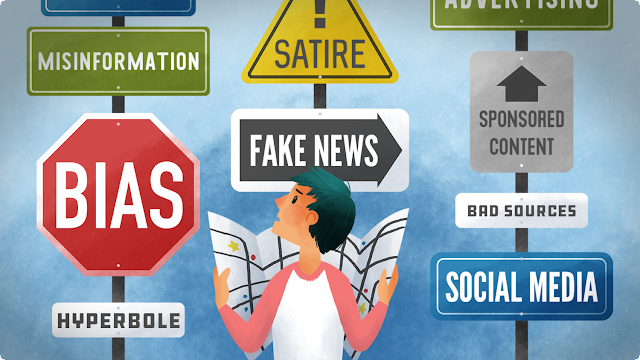 I would like to spread some of my thoughts on being an informed citizen, here, as I think it's relevant. As much as we take issue with media, we also need to educate ourselves on how to seek out the hard-hitting journalism.

Perceived Bias is NOT an indicator of truth or falsehood in itself.

We got to where we are today because the ludicrous and absurd is normalized along with the reasonable and factual. That is, certain media outlets are in the middle-ground; but don't confuse being in the middle-ground with being objective. What happens is outlets such as CNN purport a viewpoint knowing that it's factually incorrect, but giving it equal weight/time with something more factual. When climate change was the primary contentious topic a few years back, you would see news outlets propping up these fringe groups against an academic consensus of expert climatologists. This is the problem with false middle-grounds is it can muddy the waters. It can be okay to be biased in the informal sense; a climate scientist is absolutely biased, but a pool of knowledge and expertise informs his judgement.

Both the truth and ignorance tends to have a bias; it's up to you as the critical thinker to distinguish which is which.

Speaking of consensus of experts

Bertrand Russell, famous 20th century philosopher and mathematician made what I believe is a very important point when it comes to seeking the truth and relying on experts:

"Nevertheless the opinion of experts, when it is unanimous, must be accepted by non-experts as more likely to be right than the opposite opinion. The skepticism that I advocate amounts only to this: (1) that when the experts are agreed, the opposite opinion cannot be held to be certain; (2) that when they are not agreed, no opinion can be regarded as certain by a non-expert; and (3) that when they all hold that no sufficient grounds for a positive opinion exist, the ordinary man would do well to suspend his judgment."

It is for this reason we submit to the consensus on things from climate change to vaccinations.

a few of the basics:

Diversify Your News - You wouldn't write a research paper with one or two sources alone, why would you do that with obtaining information to inform yourself? The best defense against ignorance and tinting your own lens? Remain humble and reflect on the notion that you perhaps don't know it all. And two: tap into as many different sources as possible in order to garner a Big Picture perspective. If you feel the need, you can include the mainstream cable news outlets in order to get the perspective of who else is watching them, but I don't particularly advise them. Remember No single media outlet is perfect.

RSS Feeds are a great way to diversify your news. You can have them dump into one feed, or I have about 24+ RSS Feeds on my browser's toolbar.
Familiarize yourself with Logical Fallacies

When you challenge the ideas of others and they challenge yours, it's important to maintain the focus on the mutual pursuit of truth and knowledge rather than the competitive aspect that is , winning the argument. This is easier said than done, but mutual respect can ensure a healthy discussion where both parties walk away with new information—even if their stances have not shifted.