When I say epic btw, I mean epic. The movie feels huge. It is LONG. Its 4 hours and it uses all of its time. 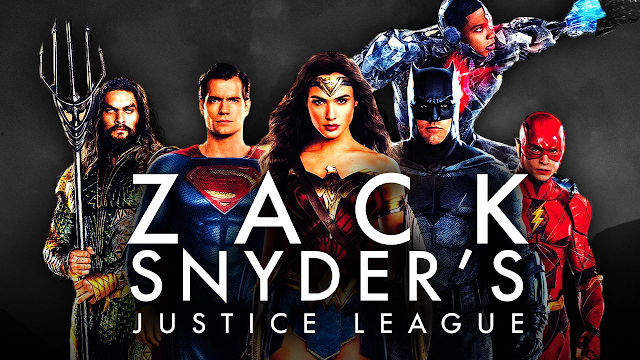 First, this movie is LONG. Its 4 hours and it uses all of its time. It is broken up into chapters which are neat little places to stop, grab and drink or come back to it later if you are not like me and mad enough to watch a four-hour epic in one sitting.
When I say epic btw, I mean epic. The movie feels huge. Not as huge as Aquaman felt, but this is in no way a small, intimate movie. There is travelling, lots of characters and several locations. However, the core cast of characters are very compelling, with the best by far being Cyborg.

Cyborg is really the heart of the movie. He has the biggest arc, the most emotional moments and is the most changed by the events. He isn’t the main character however, I really felt like this was an ensemble movie. The characters grow closer during it. there are some nice little moments between them and by the end you see them working together.

Steppenwolf is also a far better character in this film, in that he is an actual character. He has motivations, backstory, some cool fight scenes and a plan that makes sense. Find the mother boxes and destroy the world. The designs of the parademons is cool too. Also, Darkseid is in it, but more like Thanos was in Guardians of the Galaxy than Infinity War.

There are a couple of issues with the movie. There is one or two scenes where the CGI is a little wonky and sometimes Zack Snyder doesn’t use the perfect music for the scene, which can take you out a little. Also, like I said. The movie is a long one, which makes it perfect for streaming but not for watching on the big screen.

In the end, I really liked it. As a big fan of Snyder, DCEU and DC in general I felt like the film was made for me, and fans like me. It is honestly better than any of the other DCEU films and I would really recommend people watching it.
Just don’t feel like you need to watch it all at once, like I did.