Impact of Social Media on Democracy 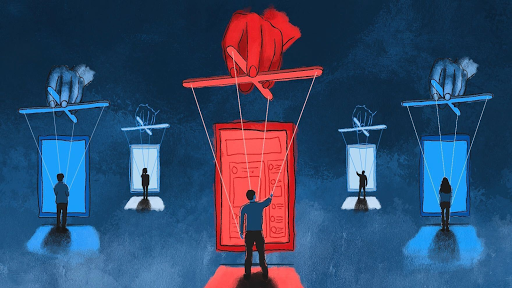 Seeing government's around the world take a more authoritative stance when it comes to governing has been scary to watch. Governments of certain countries are tailoring polices to favor a certain subset of the population, instead of focusing on policies that help the greater population.
Further, government's are continually withdrawing from collecting feedback, collaborating with opposition, or taking into account expert opinion. This is resulting in government's enacting some dumb policies and instead focusing on PR control.

How does social media fit in?

To keep our government's accountable we must be critical of their moves as a collective. This is where social media struggles in. It forces us into little bubbles or echo chambers where we find like people with the same interests. Overtime, we blindly begin believing "facts" originating from the group and stop critically thinking. Then when we are met with opposing opinions, we get all defensive and refuse to accept mutually agreeable facts. This leads to infighting which gets us nowhere and distracts us from keeping the government in check.

Plus, it promotes level headed people to silence themselves and perhaps leave the conversation all together. All of this becomes an endless cycle which leads to our views, actions, and thoughts going to the extremes of the subject.

People are so apathetic when it comes to politics and I do not blame them. We are so alienated from the inner machinations of government that we don't know what to expect and we often end up fighting against politicians that are meant to represent us. The people are not actively involved in the government, workers have little representation outside of unions.

Having a local and national election every few years is not enough to become a democracy, the people have to be actively involved in the processes of government.