Biden: ‘It Ain’t Over Till Every Vote Is Counted, Every Ballot Is Counted’

One state Trump won in 2016, Arizona, and one congressional district, Nebraska's 2nd, were trending toward Biden when the former vice president spoke. 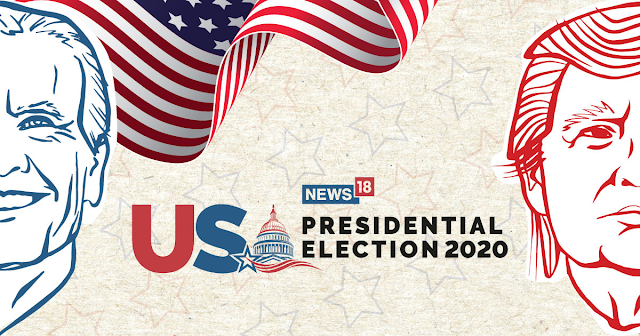 On a night of close contests and inconclusive results in the most bitterly contested presidential contest of the modern era, Joe Biden spoke to his supporters not to claim the victory that many of his supporters had anticipated but to preach patience and declare, "We're gonna to have to be patient until the hard work of tallying votes is finished. It ain't over till every vote is counted, every ballot is counted."
Around the time that Biden spoke, he led the popular vote by roughly 1.5 million ballots, though that margin was sure to grow as the count continued in West Coast states that he was winning by overwhelming margins.

One state Trump won in 2016, Arizona, and one congressional district, Nebraska's 2nd, were trending toward Biden when the former vice president spoke.

A Twitter warning was insufficient to counter fiction peddled via social media and from the White House bully pulpit where Trump would, in the wee hours of the morning, assert that "We already have won," claim victories in states where ballots were still being counted, threaten to seek an intervention by his allies on the US Supreme Court, and foster the fantasy that "a very sad group of people is trying to disenfranchise and we won't stand for it." Dateline Pennsylvania.

Biden had to speak on election night, and he took the opportunity to deliver a necessary reminder: Tens of millions of votes had yet to be counted nationwide-and hundreds of thousands needed to be counted in Michigan, Pennsylvania, and Wisconsin.

During an anxious night, it fell to Biden to explain the obvious: that counting a lot of votes takes time.
Source