Why Computers have Fingerprints ?

There is this notions that if you have all the info available you can take control. Knowledge is power. Hogwash… if you are the nerdy kid you know that jocks can take your lunch any day. 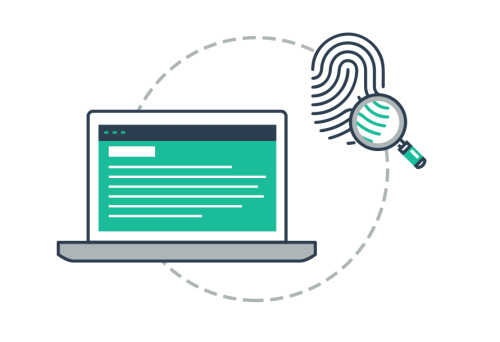 There is this notions that if you have all the info available you can take control. Knowledge is power.  Hogwash…  if you are the nerdy kid you know that jocks can take your lunch any day.
If you are not familiar with Radio Laws, they are extremely strict.   You are not allowed to sing even “Happy Birthday” to a friend let alone encrypt communication.  Yeah… laws are ment to be broke.
In the 1980’s Radio People (independent non-comercial operators also known by the derogatory term “amateurs”) suffered an encrochement on their frequencies that piss them off realy bad.  The comercial Radio/TV lobbied the government to reduce the free radio bandwidth.
The retaliation by the Amateurs was brutal.  Military communications were decripted (analog at the time) and posted on BBS’s or newsletters (Wikileaks is softporn…realy).  Terminals and computers were used to hack NASA, DoD, major banks etc….  TV and Radio Broadcasts were hijacked from time to time for a few minutes.
Botom line… the slavers got creamed.  There was a reversion in the FCC alocations and things cooled off… but a decision to insert fingerprints in the future computers was made and those who did not comply got shut down.  The communication manufacturing was moved to Finland untill those guys became extremely dangerous and now is in China (don’t bitch I know ALL the other locations but I had to make the story simple).
Do computer fingerprints work?  Is there less computer crime?…
This shit benefits only some selected manufacturers who run by the motto: keep them stupid and pregnant.
I do remember reading some of the spy-planes reports on BBS’s.  The TV ocasional TV interruptions too.