Impossible is not justified, there's no reason or logic to it.

Why is anything "impossible"? I feel as though the word "impossible" is in itself an anthropocentric assumption based on the axiom that what we know now has absolute metaphysical merit. 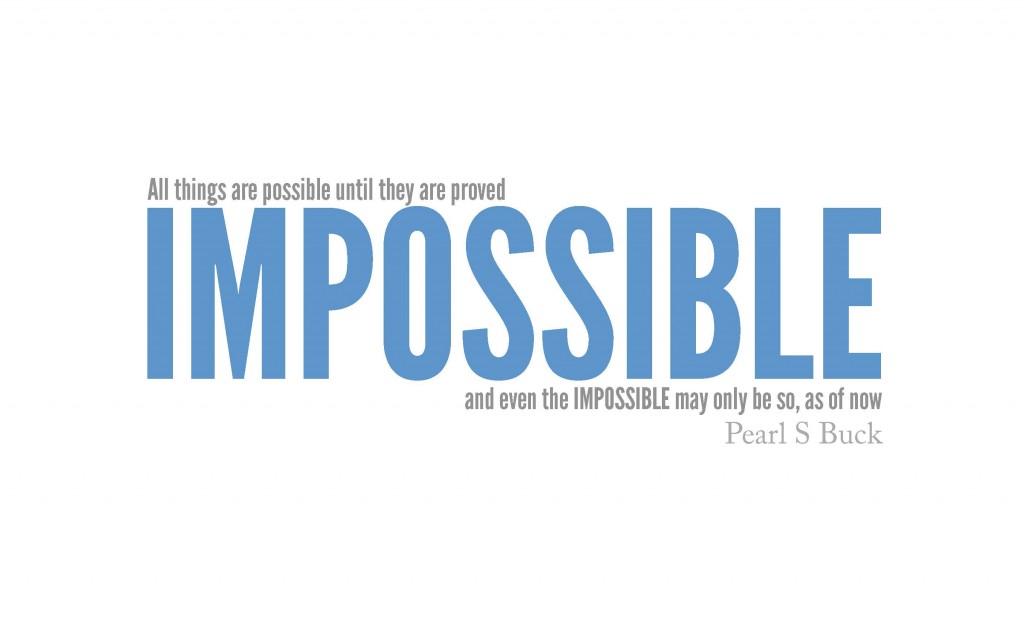 Why is anything "impossible"? I feel as though the word "impossible" is in itself an anthropocentric assumption based on the axiom that what we know now has absolute metaphysical merit. To say something is "impossible" is to say that our knowledge now is sufficient to place limitations on what "reality" can do. Science and philosophy are so often concerned with attempting to track down fundamental "laws" that govern reality, consciousness, etc., but doesn't each law just demand a new explanation for that law? What could an ontological primitive even be - in other words, what is the meaning of a "fundamental" if it cannot be justified?

Sometimes I feel that our attempts to search for the "true nature" of reality are based in a wholehearted and yet misguided faith that there is a distinct set of simple fundamentals. But imagine, if you will, a being with the capability of altering reality itself, including the laws of physics and even perhaps logic. We don't even have to condone a traditional sense of monotheistic omnipotence; just consider an extraterrestrial intelligence or something (i.e. a Singularity entity) which is able to change some of the apparent rules governing the universe. You might say that this intelligence is bound by more fundamental rules, but are those "more fundamental" rules ever truly "fundamental"? In other words, where is there any justification for limitation? Why is our physics or logic "absolute"?

In my opinion, all of this seems to indicate that there really is nothing "impossible," at least not within human understanding. Sure, we have our soft limitations, but even the most trying of difficulties can be resolved. Many of the things we consider "inevitable," such as death, are seeming less and less inevitable just based on the advancement of technologies such as medicine. And, if I am to humbly use an old argument, nobody in 1890 would believe we'd land on the moon in 1969. Why, then, are we arrogant enough to continue to use the word "impossible," to place limitations on what we may be capable of?

I feel that reality is much more fluid and subjective than we'd like to believe it is, and because of that, I don't give much merit to the word "impossible." I don't see this fitting well with materialism, but I think idealism might allow for a paradigm like this. If anyone feels the same way, I'd love to hear about it.