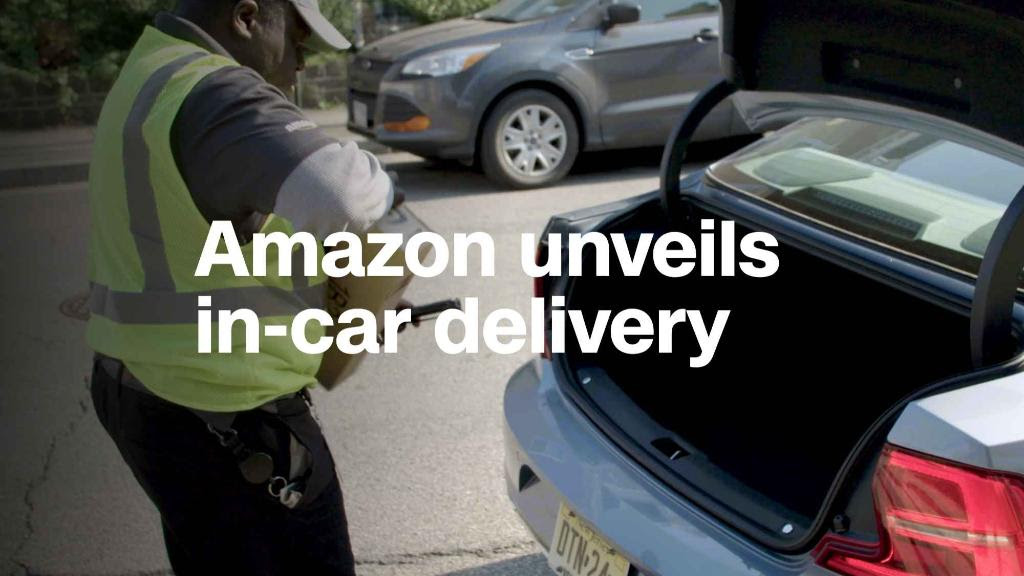 The world's largest online retailer is rolling the program out in 37 U.S. cities for customers with newer compatible vehicles and plans to expand the service. All that is required to have packages delivered to a car is downloading an app from Amazon and linking it to the vehicle's so-called connected car service, such as General Motors Co's (GM.N) OnStar system or Volvo AG's (VOLVb.ST) On Call service. (Details: http://www.amazon.com/keyincar)

The in-car delivery effort is part of Amazon's drive to leave packages where they cannot be easily stolen. Since 2011, Amazon has offered secure lockers for urban customers.

The in-car service builds on an effort Amazon launched last fall called Amazon Key. That system uses a $220 combination of an internet-connected door lock and camera to allow Amazon delivery drivers to place packages inside the homes of members of Amazon Prime. By contrast, the in-car delivery service is free for Prime members. It will be offered in San Francisco, Seattle, Atlanta, Nashville, Milwaukee, Salt Lake City, Washington, D.C. and other areas.

But the new in-car delivery service may have broader reach because it works with many compatible cars from Chevrolet, Buick, GMC, Cadillac and Volvo, with plans to deliver to more makes and models in the future.

In a statement, GM said there are at least 7 million owners of compatible GM models. Amazon has not disclosed how many customers have tried its Amazon Key in-home service.

In-car delivery also gives Amazon an in-between option for customers who might want a more secure delivery location than the front porch but do not want delivery people inside their homes.

The Amazon delivery service taps into the car's built-in unlock feature without ever giving the delivery person a pass code or other permanent access to the car.

Shrivastava also said that Amazon cannot see or track the customer's car; instead, the customer gives Amazon an address where the car will be parked and publicly accessible, along with the make, model, color and license plate number to help the delivery person find the right car. Customers also get several reminders on their phones before, during and after the packages are delivered.