As I was watching this movie, I couldn't help but think of a number of isekai anime (i.e. KonoSuba, Re: Zero, Overlord, etc.), mainly because many of my praises and gripes with Ready Player One, I can also apply to these shows as well. Inspired by the book, not based on it, which was an excellent choice!

As I was watching this movie, I couldn't help but think of a number of isekai anime (i.e. KonoSuba, Re: Zero, Overlord, etc.), mainly because many of my praises and gripes with Ready Player One, I can also apply to these shows as well. Inspired by the book, not based on it, which was an excellent choice!

The movie was visually amazing but like everyone says the story was weak. Also there's so many plot holes, inconsistencies and stuff that I wish they would have fleshed out. Problem with the movie was character. In the book Parzival actually has a clear arc. He starts off as a loner who loathes his life in the real world and uses the Oasis as escapism (see modern internet addiction). In the Oasis he has one friend, Aech, who he idolizes because he always has the best/fanciest stuff, and he can escape his dreary trailer park tower life.

Then he finds the first key and his life changes - he gets corrupted by the celebrity and attention and treats old and new friends like Art3mis poorly. In this distraction he loses focus and his friends, then falls behind on the discovering 2nd key. At his lowest point in his arc he accidentally discovers a hidden game where he earns his "extra life" quarter.

He then leaves the Oasis to focus on improving himself in the real world: getting in shape, infiltrating (yea unlikely but w/e) the evil company, and preparing for the last battle. He uses his extra life and deep understanding of Halliday's similar loneliness and difficulty in fitting in to the real world to win the great game... and the book ends with him not wanting to return to the Oasis for the first time but to spend more time with Samantha in the real world.

The movie hits many of the same marks but makes one big, big mistake. Wade meets Samantha in the real world way too soon (literally in the middle of the movie where she has a random thug to "rescue" him) and it just kills all the momentum the film had been building to that point dead. By Wade knowing and accepting Samantha in the real world that early it COMPLETELY kills his arc to that point. He has no where left to grow in the rest of the movie and it's mainly generic action beats of saving the girl and his friends and the world etc.

In addition, the film failed in setting up it's overall theme in other ways. Aech in the book is infamously a good looking white guy as a disguise in Oasis and gay black woman in the real world. It's meant to be the first time it hits Wade that Oasis is a fantastic lie... but real relationships matter anyway. Here Aech is... a black orc in Oasis? And it has zero impact on Wade when it turns out it's a black woman who is maybe gay. Same with the 11 year old Chinese kid. It's played for goofy laughs here and robs those revelations of any real impact.

Ultimately it was fine but missed the chance to really capture the cultural zeitgeist of the moment where we are seriously re-examining the power that the internet and large data companies are having on our lives and is just a thinly plotted summer spectacle released in the spring. My screening ended with a tepid opening audience applause and that about sums it up for me. 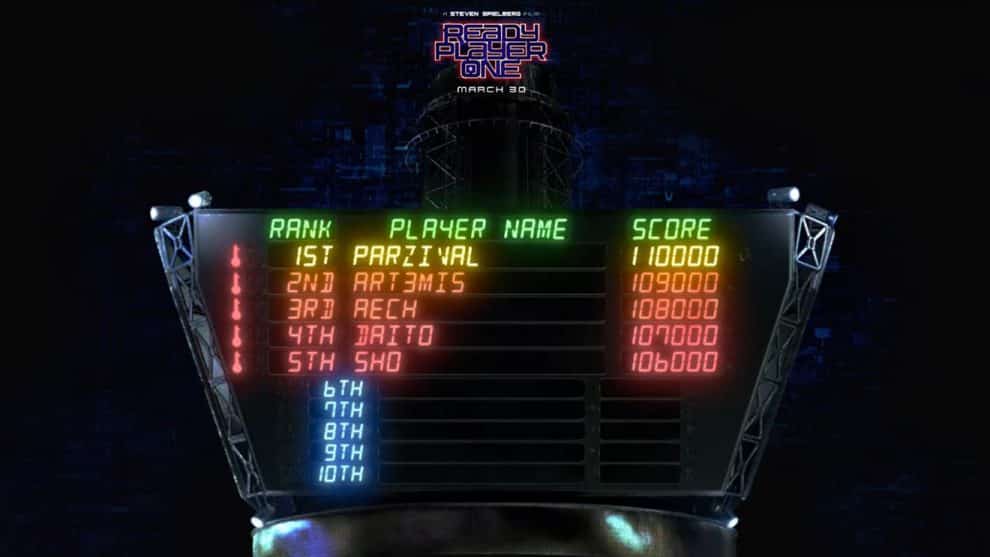 Story: 5/10 Meh... We've seen stories like this before, but having the setting mainly be a VR world that's an analogue to the internet was cool.

Characters: 4/10 Boring. Just like many MCs in animes & video games, the main character is nothing more than a self-insert character - a Gary Stu, if you will. The side characters are more interesting though, but not by much.

Visuals: 8/10 Awesome! IMO the barrage of reference were pretty cool. However, I understand if some find it annoying. I personally don't mind eating 'memberberries every once in a while. Also, The Shining scene literally made me gasp! With that said, I wish the Oasis had a little more color to it. Maybe if they visited the world of The Witcher or Warcraft or something.

Sound & Music: 5/10 Serviceable. Just like the visuals, the music and sound effects are a medley 80's soundtracks and classic movie scores (i.e. Back to the Future). Other than that, I can't really say anything else, just that it kept me entertained and focused on the movie.

Enjoyment: 9/10 I had a blast! As an avid consumer of pop culture, movies, video games, & TV shows. I'm in the exact demographic this movie is catering to.