In the wake of #deletefacebook, the grand movement towards FOSS

In the wake of #DeleteFacebook, it's become clear that a grand movement towards FLOSS (Free/Libre and Open Source Software) is a necessity. As Anarchists, we should be heading the drive away from Proprietary theft of Intellectual-Property. 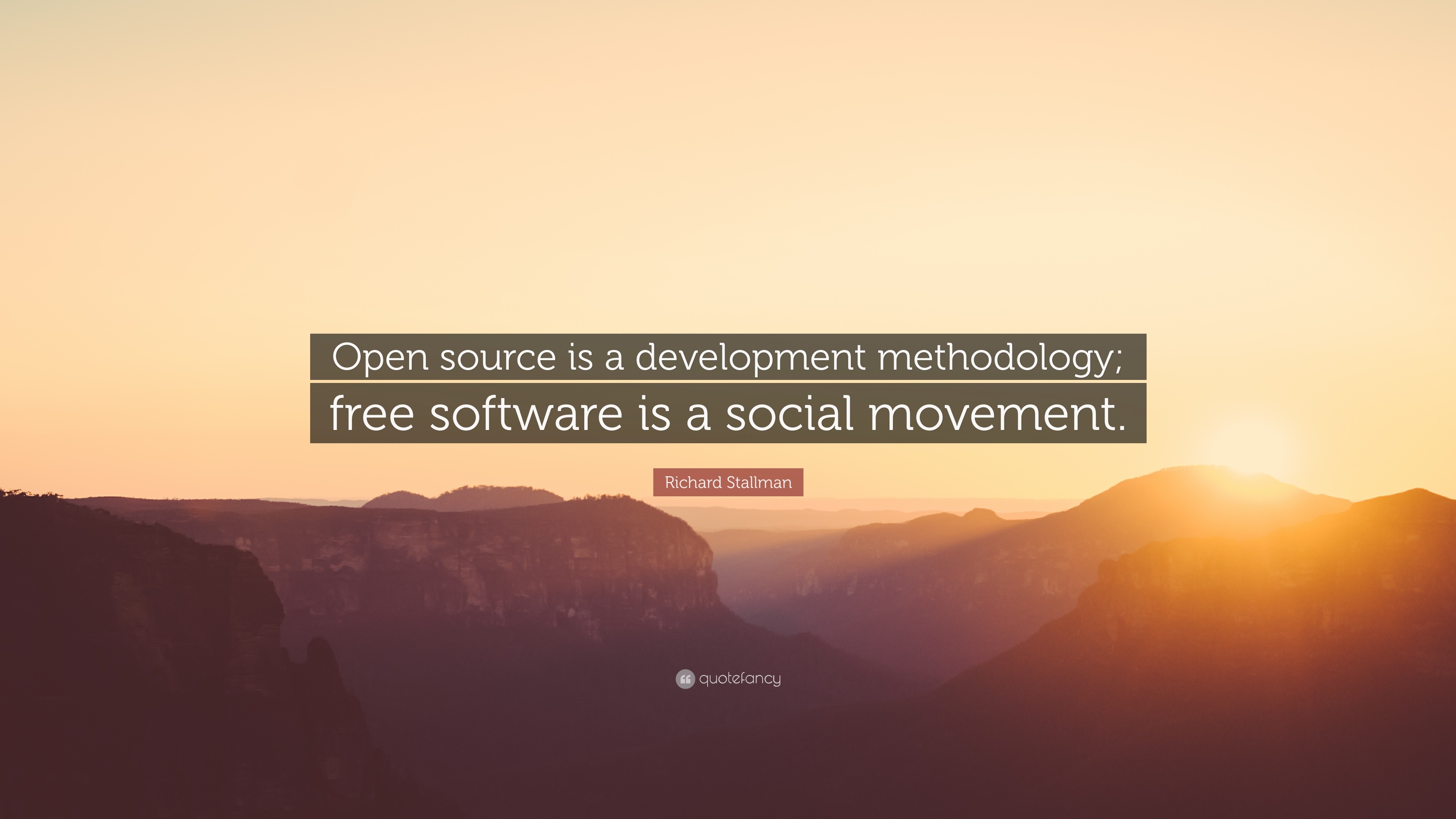 In the wake of #DeleteFacebook, it's become clear that a grand movement towards FLOSS (Free/Libre and Open Source Software) is a necessity.As Anarchists, we should be heading the drive away from Proprietary theft of Intellectual-Property.

So I thought I'd make a quick and easy guide for all you Anarchist Thugs to move yourself towards both open and secure methods of online communication. With the exception of Wikipedia, the US' top 10 Alexa ranked websites can be replaced.

For more info, check Prism-Break. Android users can find most of these on F-Droid, but can use the YALP store frontend for anything on the Play Store.

Mobile Operating Systems: Replicant - Replicant is a fully free Android distribution running on several devices, a free software mobile operating system putting the emphasis on freedom and privacy/security. It is based on LineageOS and replaces or avoids every proprietary component of the system, such as user-space programs and libraries as well as firmwares. Replicant aims to be an ethical system: it does not ship nor recommend the use of non-free software.

Autistici/Inventati - A/I was born to provide internet support to activists and collectives coming from the world of grassroot and social movements. Our principles are fairly straightforward: the world should not be run on money, but it should be rooted in solidarity, community, mutual help, equal rights and freedoms, and social justice. We support individuals, collectives, communities, groups and so on whose political and social activities fit within this worldview and who share with us some fundamental principles: anti-fascism, anti-racism, anti-sexism and anti-militarism.

Riseup - The Riseup Collective is an autonomous body based in Seattle with collective members world wide. Our purpose is to aid in the creation of a free society, a world with freedom from want and freedom of expression, a world without oppression or hierarchy, where power is shared equally. We do this by providing communication and computer resources to allies engaged in struggles against capitalism and other forms of oppression.

Firefox - A free and open-source web browser developed by Mozilla. Firefox uses the Gecko layout engine to render web pages, which implements current and anticipated web standards. To avoid interface bloat and ship a relatively smaller core customizable to meet individual users' needs, and allow for corporate or institutional extensions to meet their varying policies, Firefox relies on a robust extension system to allow users to modify the browser according to their requirements instead of providing all features in the standard distribution. Install the following add-ons to ensure your privacy: CookieAutoDelete, Decentraleyes, Disconnect, HTTPS Everywhere, Mailvelope, NoScript, Privacy Badger and uBlock Origin.

TOR - The Tor network is a group of volunteer-operated servers that allows people to improve their privacy and security on the Internet. Tor's users employ this network by connecting through a series of virtual tunnels rather than making a direct connection, thus allowing both organizations and individuals to share information over public networks without compromising their privacy. Along the same line, Tor is an effective censorship circumvention tool, allowing its users to reach otherwise blocked destinations or content. Tor can also be used as a building block for software developers to create new communication tools with built-in privacy features.

DuckDuckGo - An Internet search engine that emphasizes protecting searchers' privacy and avoiding the filter bubble of personalized search results. DuckDuckGo distinguishes itself from other search engines by not profiling its users and by deliberately showing all users the same search results for a given search term, and emphasizes returning the best results, rather than the most results, generating those results from over 400 individual sources, including crowdsourced sites such as Wikipedia, and other search engines like Bing, Yahoo!, and Yandex.

Startpage/Ixquick - A metasearch engine, which highlights privacy as its distinguishing feature. Ixquick (and its sister-project, Starpage) also provides the stand-alone proxy service, Ixquick Proxy, which has also been incorporated into both search engines, allowing users the option to open all search results via proxy.

YaCy - A free search engine that anyone can use to build a search portal for their intranet or to help search the public internet. When contributing to the world-wide peer network, the scale of YaCy is limited only by the number of users in the world and can index billions of web pages. It is fully decentralized, all users of the search engine network are equal, the network does not store user search requests and it is not possible for anyone to censor the content of the shared index. We want to achieve freedom of information through a free, distributed web search which is powered by the world's users.

Diaspora* - Diaspora is a nonprofit, user-owned, distributed social network that is based upon the free Diaspora software. Diaspora consists of a group of independently owned nodes (called pods) which interoperate to form the network. The social network is not owned by any one person or entity, keeping it from being subject to corporate take-overs or advertising. In September 2011 the developers stated, "...our distributed design means no big corporation will ever control Diaspora. Diaspora* will never sell your social life to advertisers, and you won’t have to conform to someone’s arbitrary rules or look over your shoulder before you speak." Facebook Alternative

Mastodon - Mastodon is a distributed and federated social network, with microblogging features similar to Twitter but administered as a decentralized federation of independently operated servers running free software. Each user is member of a specific Mastodon server, known as an "instance", but can connect and communicate with users on other instances as well. Users post short messages, called toots for others to read, or view, subject to the completely adjustable privacy settings of the user and their particular instance. Twitter Alternative

Raddle - Raddle's software is free & open source, released under a permissive license. This is in contrast to Reddit, which just closed the curtains on its source code. Our software has no dependencies on paid web services from Amazon and few dependencies otherwise, making it easy for hobbyists to set up their own sites with the software. Our belief is that freedom from harm trumps freedom of speech. Contrary to what some people believe, Raddle isn't exclusively a site for anarchists, although they are the largest demographic. Socialists of all stripes, social democrats, liberals, conservatives and anyone else who wants to partake in a community where bigotry isn't tolerated in the name of "free speech" is welcome to join. The one condition is that bigotry stays out of the picture. Reddit Alternative

Signal - An encrypted communications app for all platforms. It uses the Internet to send one-to-one and group messages, which can include files, voice notes, images and videos, and make one-to-one voice and video calls. Signal uses standard cellular mobile numbers as identifiers, and uses end-to-end encryption to secure all communications to other Signal users. The applications include mechanisms by which users can independently verify the identity of their messaging correspondents and the integrity of the data channel. It has a counterpart in Silence, which forked from Signal to provide encryption for SMS/MMS.

Jabber/XMPP - A communications protocol for message-oriented middleware based on XML (Extensible Markup Language). It enables the near-real-time exchange of structured yet extensible data between any two or more network entities. The protocol was developed for near real-time instant messaging (IM), presence information, and contact list maintenance. Designed to be extensible, the protocol has been used also for publish-subscribe systems, signalling for VoIP, video, file transfer, gaming, the Internet of Things (IoT) applications such as the smart grid, and social networking services. Server/Account list, Conversations (Android App), Jitsi (Desktop App).

Linphone - Linphone is a free voice over IP softphone, SIP client and service. It may be used for audio and video direct calls and calls through any VoIP softswitch or IP-PBX. Also Linphone provides the possibility to exchange instant messages. It has a simple multilanguage interface based on GTK+ for GUI and can also be run as a console-mode application on Linux. It supports ZRTP for end-to-end encrypted voice and video communication.

DNS: OpenNIC - A user-owned and -controlled top-level Network Information Center that offers a non-national alternative to traditional Top-Level Domain (TLD) registries such as ICANN. OpenNIC recognizes and peers all existing ICANN TLDs, for compatibility reasons. However, OpenNIC has not yet evaluated and does not hold a formal position on future ICANN TLDs. Like all alternative root DNS systems, OpenNIC-hosted domains are unreachable to the vast majority of Internet users, because they require a non-default configuration in one's DNS resolver.

Mapping Service: OpenStreetMap - Collaborative project to create a free editable map of the world. The creation and growth of OSM has been motivated by restrictions on use or availability of map information across much of the world, and the advent of inexpensive portable satellite navigation devices. OSM is considered a prominent example of volunteered geographic information. It has an unofficial mobile app, OsmAnd.

File Storage and Sync: Nextcloud - Suite of client-server software for creating and using file hosting services. It is free and open-source, allowing anyone to install and operate it on a private server. The open architecture allows adding additional functionality to the server in form of applications and enables the user to have full control of their data.

Remember to use Strong Passwords, encrypt your disks and steer clear of the proprietors!