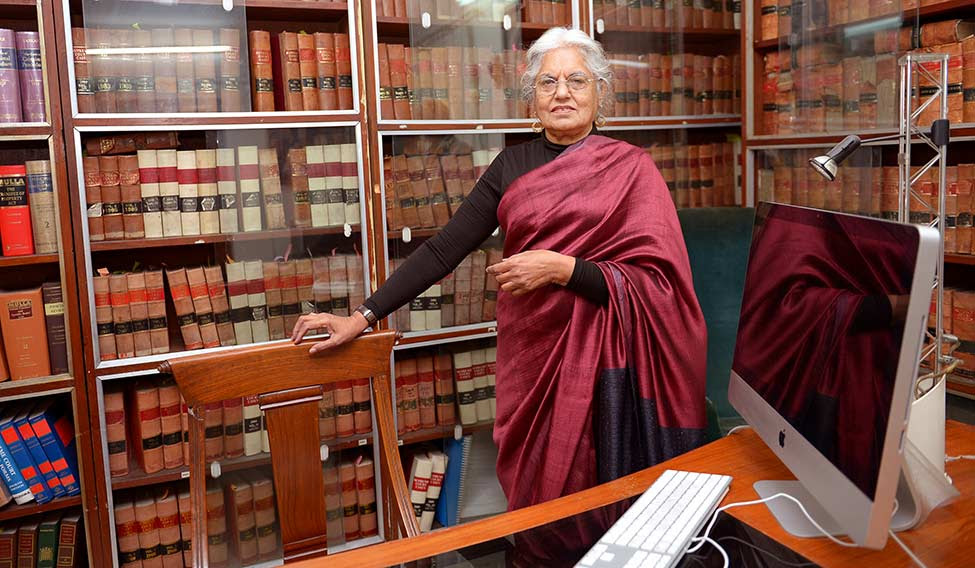 Back in 2016 their FCRA license was cancelled because of fishy accounting. Source - FCRA licence of Indira Jaising’s NGO Lawyers Collective cancelled

I was blown away by the amount of money they were getting from abroad. And this is just the clean component that's been declared in front of the govt. Imagine 10-20 times this amount that they must be pocketing illegally. User by2kaafi on Twitter shared this graphic.

Jaising herself received crores in cash as pay from the NGO while she was Attorney General of India!!! The nature of this affair is mind-boggling!

Here you have India's AG, who has unfettered access to all documents and decisions of all kinds across all ministries in all of India, not just Centre but all states as well, including sensitive information in Defence and Law and Order, in getting paid foreign funds while the company it's routed through routinely defends terrorists like Yakub Menon, political dogs like Sanjiv Bhatt, and anti-Hindu tards like Priya Pillai.

Coming from all over the place, from Sweden, Netherlands, Singapore, USA, Malaysia. who was the paymaster of Congress? Indians ko lootane maarne ke liye how many countries are paying Congress?