Apple revenue to grow beyond Expectations

10 years ago Apple had 15 billion dollars in the bank and a single mega selling device: iPod. Mac was a small business and iPhone was ba...rely released. Now with $269 billion in cash and a quarterly revenue between 40 and 80 billion 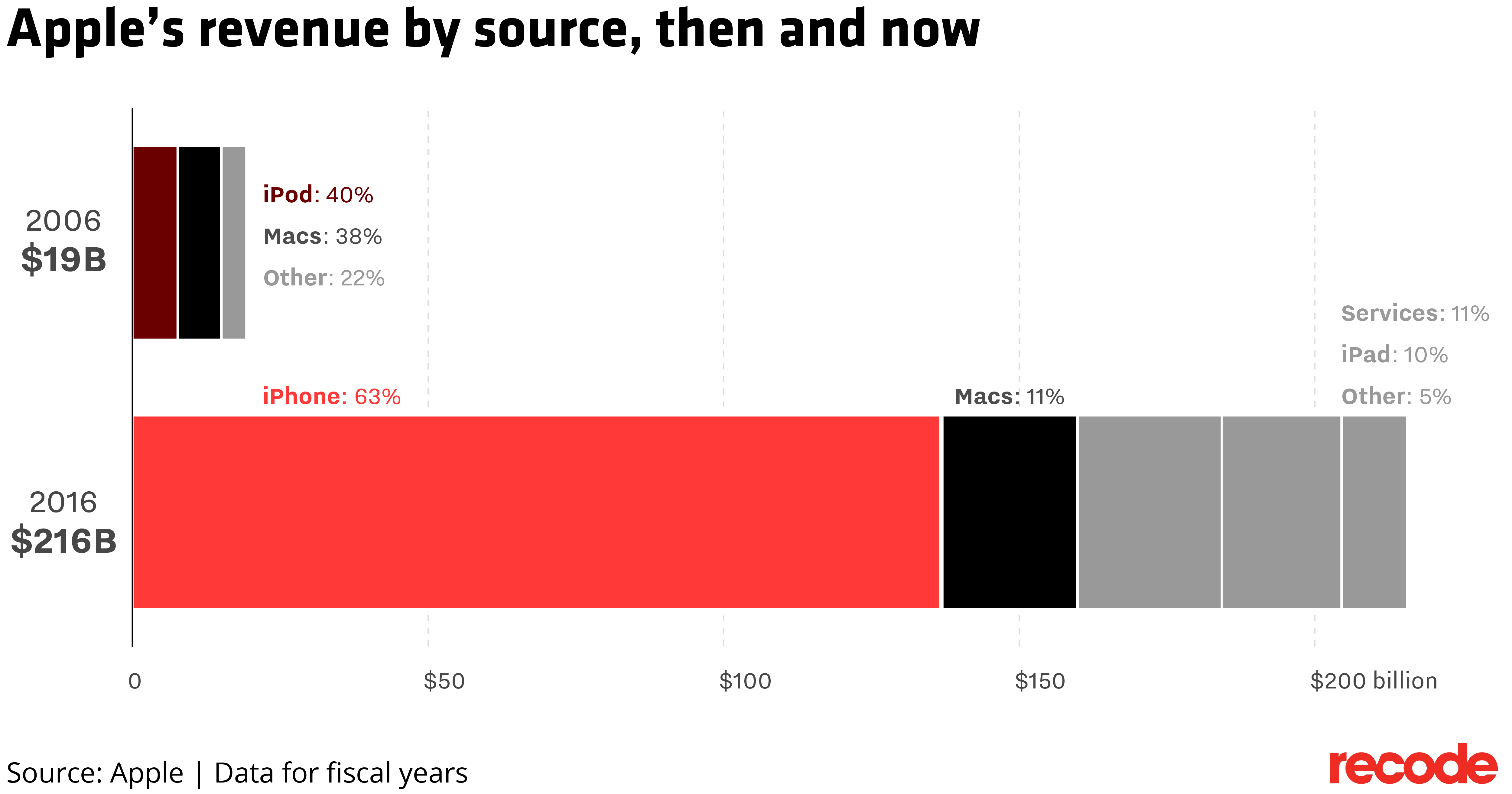 10 years ago Apple had 15 billion dollars in the bank and a single mega selling device: iPod. Mac was a small business and iPhone was barely released. Now with $269 billion in cash and a quarterly revenue between 40 and 80 billion, they keep accelerating past their supposed ceiling into a place no company has ever been. Growing this much when you are the richest company in the world should be impossible.

Apple makes more money off of every category it is in than any of its competitors. Samsung, google, and Microsoft wish they could sell that many flagship phones, tablets, computers, and smart watches per quarter.

And now Apple makes so much money from services, iPhone is finally shrinking to 55% of apples income. Remember when it was 70% and everyone expected Apple to go bankrupt because iPhone was sure to fall?

And now, as I write this, journalists are searching for any negative they can find, when they can’t, they will push news on small issues and make it sound world ending. If iPhone 8 is outselling any model before it, what does that mean for iPhone X?
This will get me called a fan boy, I know, but the facts are here, and you can’t argue with numbers. The reality is, millions of people around the world are buying Apple products and services in droves. Meanwhile google is shipping phones with tinted screens and no OS. Samsung is replacing their entire CEO board, and Microsoft is struggling to find relevance. While on a whole these competitors are fine, making money, they are no where near Apple level of success or demand.

So why do people, journalists and nerds, still line up and try and declare Apple this awful terrible thing? The best part? Apple is able to do all this and still maintain my privacy and security. That can’t be said of any other tech company.