I've been using many different distro's for quite some time on many different devices. The gist of the situation is this; for desktop Linux to work properly you have to give it your all for many years before you start feeling comfortable using it. 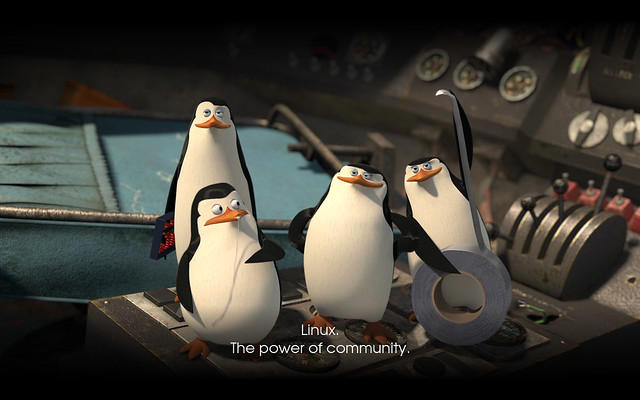 I've been using many different distro's for quite some time on many different devices. The gist of the situation is this; for desktop Linux to work properly you have to give it your all for many years before you start feeling comfortable using it. Windows and Mac don't have this high threshold.

The excuse many Linux users use is usually the same (Drivers, functionality is more important, you didn't put in enough effort, wrong configuration, but usually, it's you.) This has made me come to the following, pretty unfair conclusion: Linux power users don't want the community to be bigger.

They want to stay in their 'elite' bubble and Linux becoming mainstream would mean that would end. There is no incentive or general approach by the entire group to make computing easier and every time a dev-group gets into a fight about something they split up and make a new fork, increasing the chaos from within.

Not everyone is willing to pour their soul in computing and even though I consider myself somewhat of a Windows power user, for 9 years I haven't been able to learn Linux at all. One issue gets replaced with another and after a while you have so much on your hands you just delete the OS and reinstall Windows because that just works. I have never had any driver issues with Windows and despite many Linux users claiming this isn't true I and many others still consider Linux as a clusterfuck hackjob that is taped together, with each part having its own name and 10 different versions. If anyone here ever used the 'apt search' command you know what I'm talking about. In the end, I keep several Linux distro's on my machines for screwing around and general learning but for serious stuff I stay with Windows because despite their new disgusting and unfair tactics, 10 still does what it has to do when it has to do it. I want to tell everyone that I don't hate Linux, the ideology behind it is beautiful and fair.

I hate the people behind it because they are generally unpleasant, disillusioned and unable to realize computing isn't only there for people who constantly screw around with their devices. They don't want to change and they sure as hell don't want to listen to your problems except if it's to call you lazy, noob, sheep or peasant.

P.s The Linux kernel itself is rock-solid, I have had no trouble navigating the system and using the many commands. They are easy to remember and somewhat make sense. Most of the things around it are not.

I'd like to side with Linus, who for many times spoke his mind about the general developing community and how their code is stupid, inefficient and badly designed.