There Is No Explanation For The Spin Of Hurricanes And Tornadoes 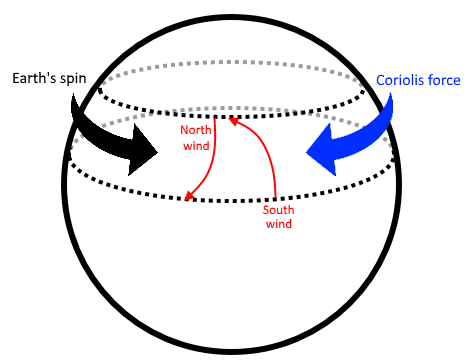 The Coriolis force only pushes one way: approximately opposite the direction of Earth's spin. Immediately it is obvious why this, even coupled with the pressure gradient force, is insufficient to push air in a complete circle. In fact, it only pushes air one half of the way around, while the rest of the air is pushed in precisely the wrong direction as illustrated with this diagram here:

Inspired by this article: http://milesmathis.com/corio.html