Breakdown of H-1B reform Bill & How will it affect India ?

Trump administration has drafted an executive order aimed at examining the current work-visa programmes, including the H-1B visa. The amendments to the visa norms, in line with Trump’s 'America First' strategy, threaten the IT sector jobs outsourced to Indians.[1]

Here is what the bill does:
Here's the H1B list of companies for latest data available: 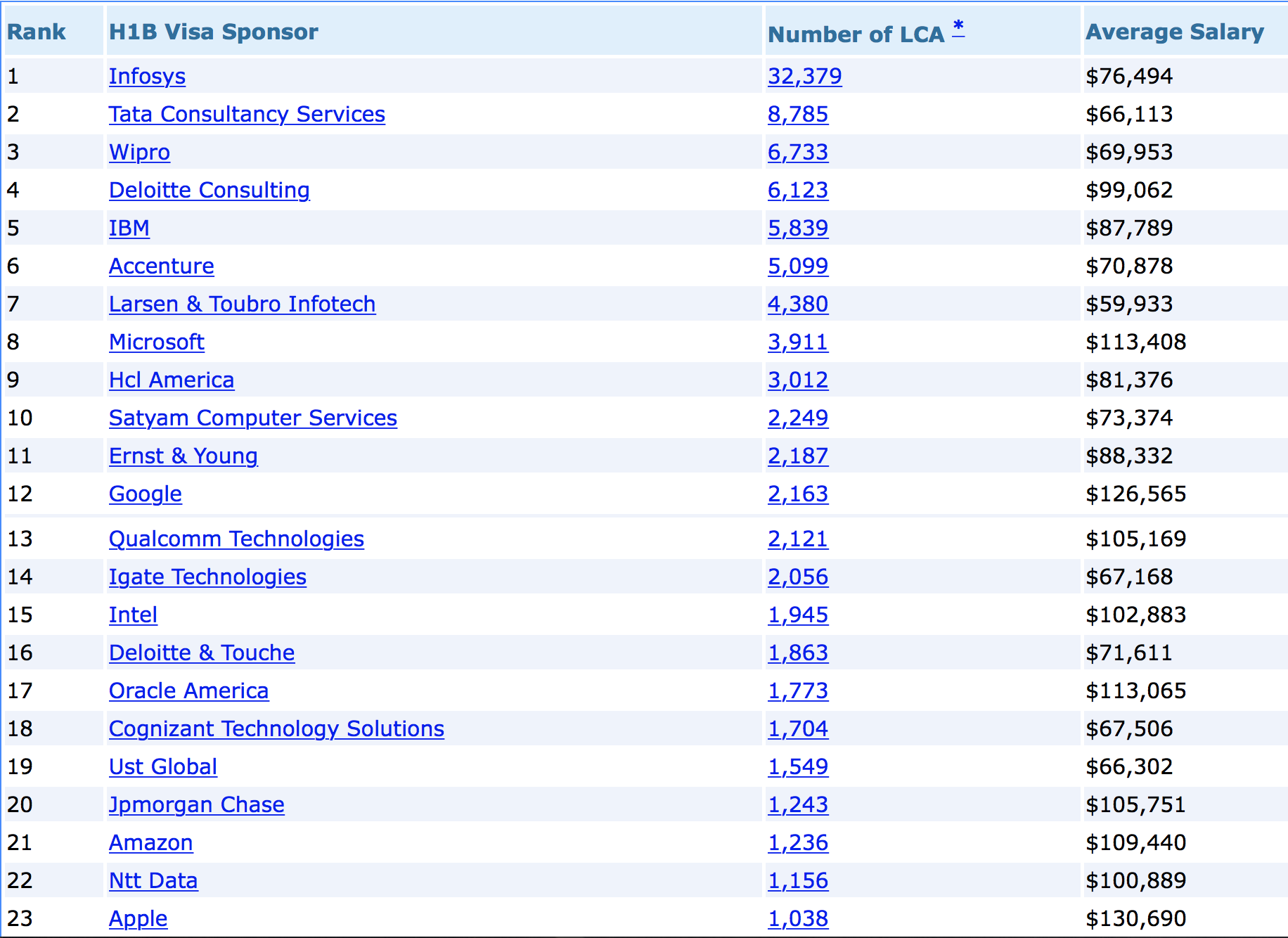 An accounting firm(!) like Ernst & Young issues roughly the same amount of H1B visas as Apple & Amazon put together. Infosys issues more Visas than the top 5 US tech companies combined.[2] Likely consequences if bill is passed:
Lot of mediocre people have moved to the US on H-1B especially from India and China. Naturally, more talented people all over the world will get a fair chance at immigration which isn't the case now due to the sheer number of applications Indian firms push through [3].

Most people in India have this dream of getting an engineering degree and moving abroad. Nothing wrong with that. Probably they've seen their not so talented friends move abroad. When it becomes clear that only talent is rewarded not luck, then they might move on to the fields they are really interested in instead of chasing the "American Dream".

Now that the salaries will probably be increased to USD 130,000 and if this Bill does become a law, it will significantly raise costs for Indian IT companies deploying their staff overseas and force them to do more local hiring.

Indians with H-1B and L-1 visas contribute USD 1 billion annually to the US, according to NASSCOM estimates. Indian IT industry contributes to about 4 lakh direct and indirect jobs in the US , contributing for about USD 5 billion in taxes annually. Nearly 60 percent, or about 65,000, of the total H-1B visas are issued to Indian contingent, mostly in the IT sector.