It's visually amazing. I'd say the story is pretty good too, given that they had to follow the lore of course.

I just saw the movie. Put it this way, if you haven't played WoW or the Warcraft games, you might be a bit lost and wonder what's going on. If you have, you will most likely enjoy it, this movie was made for the fans.

That being said, the first act was bit strange don't you think ? I mean, the edition was rushed, with that strange fade transition and so much thing going on in so little time. This genre is touching a large pie of Hollywood. They have their independent audience, gaming-following script, and large financial support.

The Orcs are incredible: the subtle facial animations, how they move, the weight and the physics during battle scenes, the bone crushing, it's great, even the emotional core of the movie is coming from the Orc side. Seeing the orcs in action is worth the price of admission. 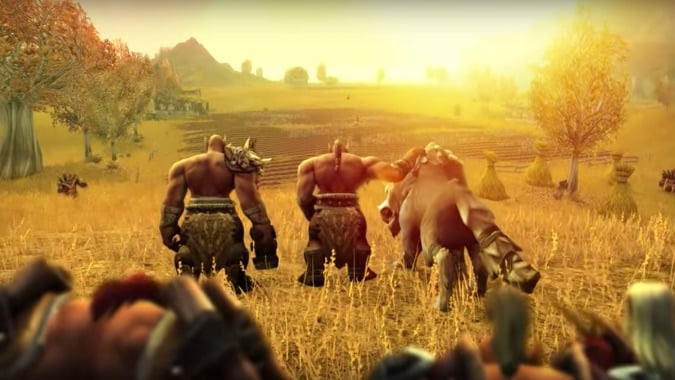 Best part of the movie, and yeah, Durotan is the real lead - he carries this movie, his wife Drakka, his buddy Orgrim and even Blackhand is a good character. And Gul'dan is also a great villain.

The animators did an incredible job - which makes me think this movie would have worked much better as a completely animated film (with some rewrites to the human side of course.) the Human side will just work so much better if they were animated because almost all of them just looked off: Garona, Medivh, Khadgar, everyone.

The movie ain't gonna fail with such global success since the gaming industry is already more than twice the size of the movie industry. The trend won't just stop on Warcraft, it's just the inevitable.