Samsung dominated LG before & after MWC 2016

I have been keeping an eye on both phones since their respective announcements at MWC - and though they have some differing features, both phones are equally desirable devices.

But in terms of pure marketing skill and getting their flagship noticed... Samsung have beat the shit out of LG this time round. And G5 uptake will suffer greatly.

Samsung have allowed for pre-orders weeks in advance, even throwing in a VR headset to sweeten the deal. Even before this, and shortly after the MWC reveal, Samsung had a dedicated landing page ready to go and was chucking some money at PPC. They wanted customers to find the phone and to build on that hype.

It took LG several days to get something even close to a landing page together - there's still no way to pre-order the damn thing and we are left in the dark about prices.

In a nutshell, LG have let their guard down and have allowed Samsung to get a serious lead on them - I'll put my money on customers looking to upgrade gave up on the G5 and put their money with Samsung because it was more readily available.

What do you guys think? 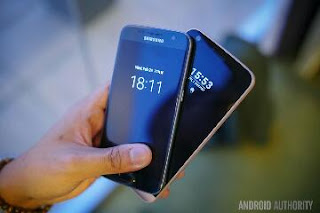