Search here and hit enter....
Home India News India appreciated by countries around the world for its Rescue Operations in Yemen 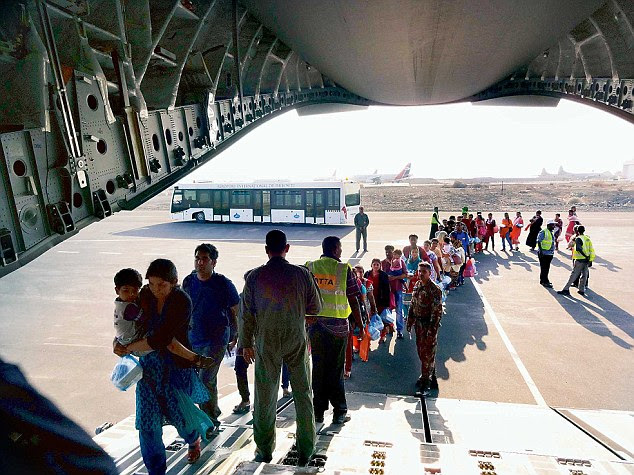 More so than any other nation, India has taken the lead in the rescue of foreigners trapped in Yemen, evacuating more than 550 foreigners from 32 countries, including a dozen Americans and three Pakistanis.

India's coordination and presence was such that the U.S. Embassy advised American nationals to seek Indian assistance to leave Sanaa, the Yemeni capital, which is now under rebel control and has come under heavy bombardment by the Saudi-led coalition.


The scale of the Indian effort has spurred a fair amount of pride and triumphalism among Indians on social media, which you can find under the #YemenEvacuation hashtag.

On Wednesday, Indian officials acknowledged that authorities in Islamabad had arranged for the evacuation of 11 Indians aboard a Pakistani naval vessel and flew them on a special plane from Karachi to India.

"It was a very positive, good, generous gesture," Indian Foreign Secretary S. Jaishankar told reporters at a briefing on Wednesday.