Neutron stars are mind-boggling. Small in size, but their density (and so their mass and thus gravity) is amazing. All of the atoms have been squashed together so tightly that a teaspoon would weigh 100 million tons. Neutron stars are only a few kilometers wide, but have more mass than the sun.

They also rotate very rapidly, especially pulsars. The fastest-spinning pulsar known spins every 1.39 milliseconds, or 716 times per second, or approximately 43,000 revolutions per minute. This means that at its equator it is spinning at approximately 24% of the speed of light, or over 70,000 km per second. This also means that the star is not perfectly round, but quite flattened.


Another interesting feature of pulsars is their accuracy. Pulsars emits beams of electromagnetic radiation which can be observerd when pointed towards earth. Their fast and consequent spinning makes them excellent tools for timekeeping, in fact far more accurate than an atomic clock.
In addition to all these extremes neutron stars generate the most extreme magnetic fields known in the universe, up to a quadrillion times earth's. If one of these ultra-magnetic neutron stars, called a magnetar, flew past Earth within 100,000 miles, its magnetic field would destroy the data on every credit card on Earth. 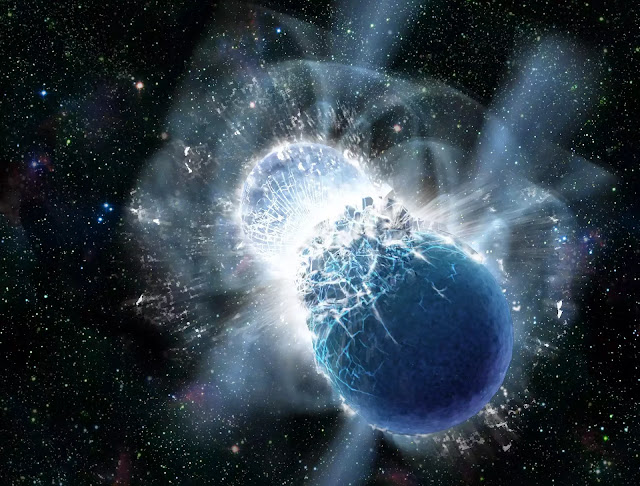