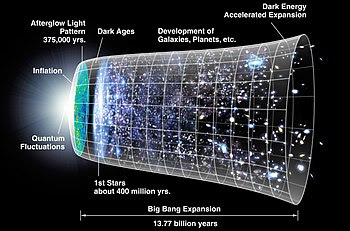 The idea of conceptual limits has been a mystery for over a decade when it comes to our ability to understand the universe.

More specifically the possibility that not only can we pose questions whose answers are beyond our ability to comprehend, but that perhaps we cannot even formulate the right questions due to our cognitive architecture. For example both the idea that universe (or multiverse, or whatever) had a beginning and the idea that there has always been something existent seem to cause us problems - the first case raises the bizarre idea of existence arising out of non-existence (i.e. not just some state of random quantum fluctuations which itself would need to be explained), while the second still raises the question of why then there is anything rather than nothing.

And it doesn't seem possible that there could be any answer to either question that would itself be immune to further questions of this sort. There seems to be something about the way we conceptualize the world that, while obviously useful for the sorts of phenomena we normally encounter, becomes a barrier when trying to understand the world at greater and greater remove from what we normally experience, and at the limit prevents any understanding at all.

None of this is new of course - epistemology since Hume at least has been grappling with these issues. Still really mind blowing to imagine that there could still be as much or more 'conceptual headroom' between ourselves and understanding the world as there is between us and say bacterial.

I remember a quote that goes some thing like there are two types of intelligent life those that made the sensible economic decision to not explore space than those that made the crazy choice and examine the remains of the the first group. I seriously hope our species is part of the second group.