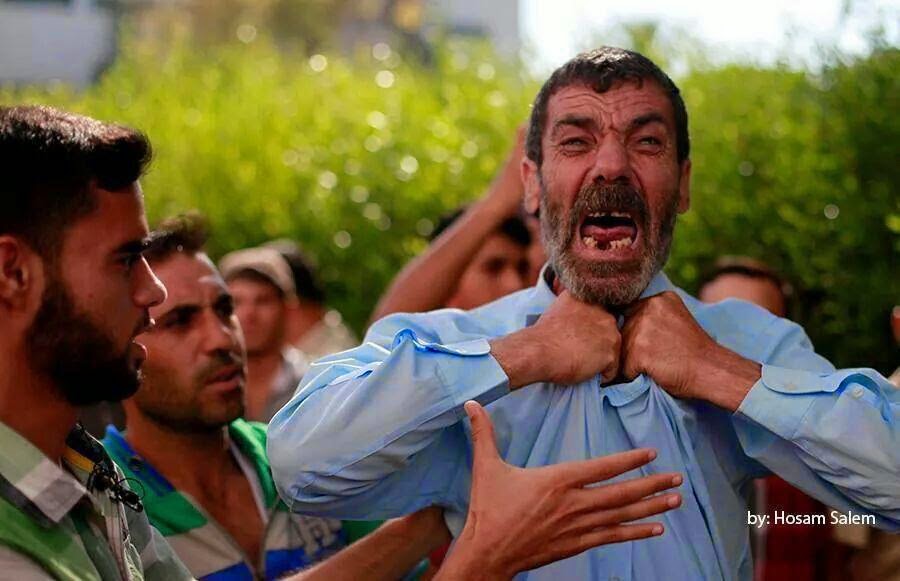 Everyone is different. No two people are the same, and it is therefore ignorant to pass judgment on any group as a whole, or base your opinion of any individual off of a perceived trend within such a group. The lines drawn between us all are arbitrary, they are socially constructed, and except for the meanings we give them, the meanings we imagine or perceive, they are utterly meaningless in the big picture.

We are all humans, and we all desire the same thing, however different the means of getting there; we all want happiness. This being said, what is currently being carried out by the Israeli state in Gaza, under the guise of 'self defense', is a disgusting display of heartless, unjustified, ungodly, and unimaginable horror.

The numbers, of course, change every hour but, at last I checked, there have been over 1000 Palestinian casualties. Yes, this fighting is taking place in an area of high population density with a great number of civilians; yes, HAMAS hides a number of weapon caches near civilian targets; yes, you could argue (within a narrow context) that HAMAS 'Started it'; but these arguments are feeble, misguided, and childish respectively. With the last World War still echoing in the memories of many, and especially in the memories of the Jewish people, it goes without saying that this kind of suffering, this kind of pain in the hearts of many innocents, this kind of reckless disregard for human life cannot continue. I urge everyone who reads this to open their eyes and to reconsider their position in this conflict, because we all have a stake in this. You may disagree, but this is not a fight between Israelis and Palestinians. This, like every other violent struggle, is a fight between those who are willing to harm others and the rest of us.

I can't speak for you cause that'd like taking sides. But It is never OK to kill any civilians, and it is even less OK to kill 5 civilians for every 2 soldiers, and even less OK than that to kill innocent children.


I know what you are thinking, and NO, Hamas is not in the right here either. Sending rockets into civilian areas, even if they are rarely deadly, is wrong, no matter how you slice it. But who has more control here? HAMAS didn't back himself into a corner and wall himself in, the Israeli government did that. HAMAS may have broken several cease-fires, but so have the Israelis.

The point is that no one who attempts to kill anyone is right. When it comes to the big picture (and it should be said that I am no expert, and I would love to hear your thoughts), It seems at least, that the Israeli government is the only government in this conflict with any ability to create a peaceful solution to this problem. If this is the case, I urge Israel, for lack of better phrasing, to be the 'bigger man' and walk away, put down your weapons, destroy your iron dome, tear down that disgusting, cold war era throwback, inhuman piece of trash you call a fence (and we all know its a fucking wall), revise your dreams to include a peaceful and cooperative two state solution, and give the Palestinians the same chance at happiness we all so greatly desire.

I think we can all agree, that this goes for everyone: Stop being 'Jewish' or 'Arab' or 'Pro Russian' or 'Anti Russian' or 'Muslim' or 'Christian' or 'Sunni' or 'Shiite' or 'Zionist' or 'Mormon' or 'Whatever' and before you bomb, shoot, or torture someone: take a breath, take a step back, and 'Be a Human Being Instead'. We are all one in the same anyway.