Search here and hit enter....
Home My Write-Ups Technology In few years from now, every household will have these

In few years from now, every household will have these 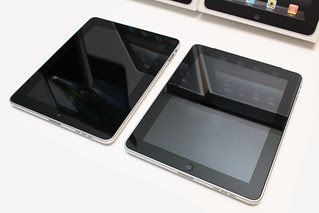 Growing up in the third world is very difficult. I had the opportunity to see a very big change since the 90's. I've seen basic electronics become available nowadays, fans, radios, televisions, AC's (that is still a luxury in India) & so on. Today I'm gonna present you with list of Items & Gadgets that've high possibilities of becoming available in every house hold in the next few years...

--> Smartphone apps driven door locks, garage doors, air conditioners, etc. basically anything you have a switch or remote for today will have an app tomorrow. This is already available but not very mainstream yet.

--> Free Wifi everywhere - In developing countries such as mine, wifi availability is seen less. Only places available would be your regular InternetHub, cafe's, Airports. I hope to see everything go wireless & open in near future.

--> Landlines are virtually non-existent these days. They're really only common in areas where cell reception is poor. I'd expect that as cellular technology and coverage improves they'll all-but vanish.

--> Internet-ready TV's with Hulu/Netflix/YouTube/whatever are rendering cable TV nearly obsolete. There'll obviously still be somebody providing you with bandwidth. And I'm sure there'll still be paid subscriptions to various types of programs. But I suspect the idea of paying to cable TV is probably going to fade away soon.

--> Smart Electric Meters You will know when you are using too much electricity. Efficient everything. LEED certification is oh so cool, but it might be getting more available to all houses, especially if energy costs soar.

--> Home Automation You will be able to adjust you thermostat, arm your security system, control the lights, view cameras, and a boat load of other stuff via your smart phone.

--> Bidets They're already standard in Japan and maybe Hong Kong. Their time in the mainstream (pun intended) for the West is nigh.

If you've anything to add to the list, hit me up in the comments or email me using contact form given below.