Emotions are running high and many people seem very angry with Palmer and Oculus. I'd like to present an alternative explanation of the sale that might explain why Palmer thought this was the best thing for his company. But I'd also like to examine this from Facebook's perspective, and try and address some of their motives behind the purchase too. 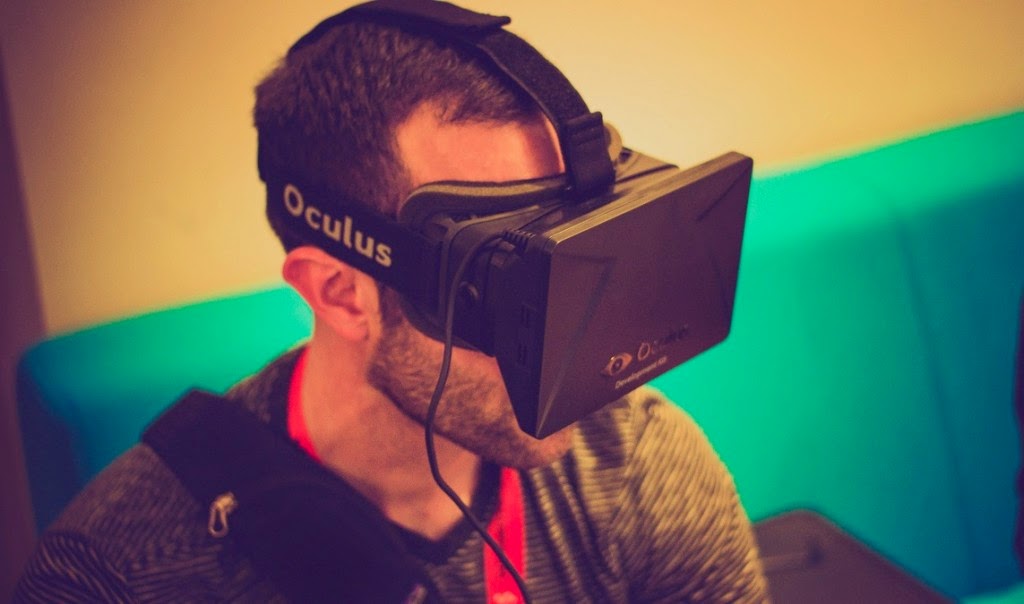 Google entered the smartphone market on the ground floor by developing the Android operating system. Amazon took a different route and developed the Kindle. Microsoft has developed the Surface, and Apple has branched out from its iPods and iPhones into music software and cloud storage services.

Google, Amazon, Microsoft, Apple. What these firms all have in common is that they have strategically positioned themselves (with varying degrees of success) to have products in both hardware and software, and they all use the sales of one to drive profit in the other:
Facebook missed the boat that these other technology firms have embarked on. Their Facebook phone failed leaving them without any hardware to encourage users to frequent their social networking service. They are slowly bleeding users with no easy way to stem the tide.

From this perspective, Facebook's purchase of Oculus looks like an attempt to get in on the ground floor with a brand new technology that has massive sales potential, with the intent of using it to drive people toward their online services. Zuckerberg has decided that not only is all the hype around VR tech here to stay, but there's also a decent chance that 10 years down the line VR headsets will be as ubiquitous as televisions. He has made a careful risk-benefit calculation and decided to gamble on the possibility that VR tech will revolutionize media consumption. Facebook is hoping that Oculus will become a household name, and they think there's a good chance that the Oculus Rift will become their equivalent of the Google's Android.

Facebook hasn't bought Oculus so they can plaster ads in every game. Nor are they looking for a "get-rich-quick" piece of tech that they can churn out for a profit. On the other hand, I think they will integrate Facebook into the Rift somehow, because that is what will drive people to the Facebook social space, and that is where Facebook makes its money. This is strategic purchase with a lengthy ROI period, and Facebook wants Oculus to succeed as much as we do. 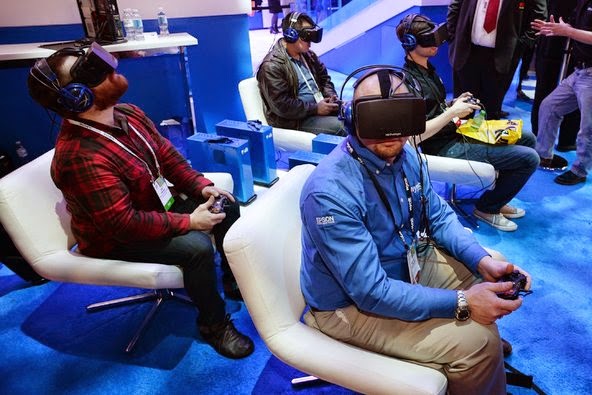 Back when Palmer first floated the idea of a VR headset, he thought that there might be a small community of technology enthusiasts who were interested.

After running the Kickstarter campaign, he discovered that there were actually quite a few people who were willing to back the idea - so many in fact, that Oculus needed to mass produce Devkit 1. As more people became interested and Oculus cropped up in the media more and more frequently, Palmer was able to secure some serious investor funding ($100 million) and the vision of CV1 changed from a hand-crafted headset for enthusiasts to a polished, high tech VR experience for the masses.

Palmer has always had a vision of VR tech spreading until every household has one. He's always dreamed of revolutionizing media consumption. But... he didn't think it would happen this quickly. No-one did. Instead of gradually developing the knowledge and technology through multiple consumers versions and interations, now Oculus has to get it perfect the first time. And they have to do it quickly - because the competition smells blood. Just as Facebook has realized the huge potential of VR, so have the likes of Sony, Valve and other hardware companies. They are all rushing to produce their own headsets, and they have the advantage of billions of dollars in revenue behind them.

So Oculus is, in many ways, a victim of its own success. If there hadn't been so much public interest in the possibility of VR, no-one would have bothered to develop a competing product, and Oculus would be free to trundle along at their own pace. But now that Sony and Valve have upped the ante (not to mention other potential companies who may be developing VR products in secret) Oculus risks falling into obscurity. Their relative lack of funding - million vs. billions - hamstrings their ability to be the first ones onto the market and produce the highest quality VR device.

Oculus faced a choice: sell to a company with the resources to make huge investments in R&D and manufacturing, or become a second-rate company whose technology is inferior to the offerings from bigger players and whose products are purchased only by open-source enthusiasts.

What this means for the future of Oculus and VR as a whole?

Let's get the negative stuff out the way first:
But I think this is actually generally a positive announcement:

Ultimately, the winners from this sale are all those who want to buy a high-quality VR device at a low price point as soon as possible. The losers are those who believed in an open-source, community-driven future - who believed that Oculus could revolutionize the technology landscape and usher in a new era of crowd-sourced tech development.

I really do feel for those people who hoped that Oculus represented the latter vision. That future is now essentially gone. But I think many of you are forgetting that Palmer is not an open-source enthusiast, he's a virtual reality enthusiast. If you're like Palmer, and if what you desire above all is to hold in your hands an amazing VR headset, then I would argue that this sale is a good thing for you.