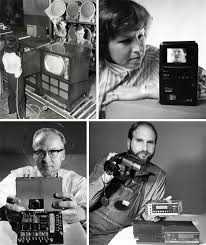 Evolution is a wonderful thing. Start with some initial conditions, put in a need to survive, and evolution will find some of the best solutions possible for survival. If the initial conditions are “I have a product. The audience is not paying attention. Unless they pay attention I will die,” then I will find the most optimum way of taking a non-participating audience and make them involved, make them happy. If not in this generation and this technology then in the next one.

When I was a kid people lamented the fact that folks spent too much time on TV. Like every generation, the old folks told us that we were lazy and stupid, and wasted our time a lot. But hey — it’s not like TV gave you the shakes, or made you sick or killed you. It’s just a bunch of images on a box. Hell, it’s educational. And it’s all voluntary. Nobody makes you spend your time there. If I remember correctly, I spent just as much time out in the yard running around as I did watching TV. But the evolution of media was still young.

Then came video games. Cool little pieces of programming designed to let you spend as much time as possible having fun. Once again, the games that were short or non-addictive died off. Evolution kept evolving games better and better at taking your time and turning it into joy.

Then came the internet. It was like radio was to music — it allowed all of this fun game time to be spent with other people. We can now play dynamic multi-player games with millions of other people around the earth. Instead of hitching the horses to go to the dance, we can flip a switch and see all of our “friends” of FaceBook, MySpace, or a dozen other social networking sites.

Meanwhile, entertainment technology keeps evolving. The sites and games get more and more intricate, fun, time-intensive, and immersive. Rational, normal people have a harder and harder time putting these things down and doing other things. That’s by evolutionary design: the most addictive online content site wins. If it doesn’t keep you attentive even when you should be doing something else, no matter how important the other thing is, another site will come along that will be able to. 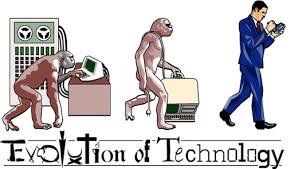 It’s still very early. We’re still in the phase of expecting some even better technology to come along and save us from this problem. Programmers are creating “no procrastinate” options for their web sites in order to help users not spend so much time there. Programs are being written to track online time to show users where they are spending all of their energy. The new addictive program will eliminate the ills of the old one.

Meanwhile, people get fatter and fatter, unable to get around or physically accomplish normal chores from a 100 years ago. Intelligence is going down as fewer and fewer books are being read (news flash: the printed book industry is on the way out unless this trend stops), and social organizations like churches and civic clubs see fewer and fewer members attend their meetings. The skills that are increasing? Reflex time. Ability to solve abstract, short-timespan problems. Basically the skills we need to interact with our entertainment. More and more, Indians and Chinese — people coming from cultures who have been shut out of the technical world until recently — are writing software for hardcore western appetites to consume.

Now that sight and sound are covered, new internet appliances promise to offer touch, smell. Locomotion is old hat. Eventually there will be a direct brain interface. There has to be: competitors will become so strong that only by direct brain stimulation will technology be able to continue to evolve.

People say that this is a good thing — as technology evolves we will become trans-human: we will integrate in with machines and be able to process and work a thousand times faster than before.

Evolution of Human along with Technology[/caption]

This may be true. But if so, it would be a side-effect, not a direct result. That’s like saying it’d be great to get hit by a train because you’ve always wanted a train ride. The driver here is the competition between various pieces of technology and brain-time. Whatever controls the most brain-time wins out evolutionarily over any other product, not matter how valuable it might be. World of Warcraft beats Wikipedia hands down. That driver will continue. It’s foolish and pollyannish to think that somehow it’ll all work out. Unless the conditions for the evolving threat cease, it will keep growing and adapting, no matter how much better, stronger, and faster we are.

It’s all happening slowly, much slower than it did with heroin. We don’t have the time-intensive life we once did. Heroin was a simple substance that had immediate, clear effects; this is a process of adaptation and survival that is taking generations. Heroin hit you in the face and still it took 50 years for us to figure it out. This is slowly creeping up our leg and strangling our minds, our souls, millimeter by millimeter, year by year. By the time we figure this one out, it might be too late.

No matter what, it will once again change our definition of what it means to be human.

If you've read this far and you're interested in Agile, you should take my No-frills Agile Tune-up Email Course (on the right top of the site), and follow me on Twitter.