OS Dilemma: which one to install ? - Zuckerbot's to Rescue

lets begin... first up is Apple's tenth version OS X named Maverics (i think it refers to surfers) was announced at the WWDC Event recently.

Looks like Apple's Running out of cat names, future versions of Mac OS X will be based on places in California, starting with Mavericks that is known as one of the best spots for surfing. The latest version strives at extending the MacBook’s battery life while offering better performance and new features like Finder Tabs, Tags and more.

Before you get carried away let me stop you ...

Apple's Operating System can be installed but not legally or without violating EULA and hence we cannot discuss it.

Mac OS X requires quite advanced hardware (i.e. a newer computer) and supports only a small subset of built-in peripherals (i.e. those Apple use in their computers). Running Mac OS X on a non-Apple machine was always possible, even in PowerPC times, but never really useful (since nobody ever made faster machines than Apple themselves).

Running Mac OS X on a non-Apple computer would give you little advantage over running any other BSD or UNIX-like OS apart from the ability to run Macintosh applications, of which there are fewer than Windows applications.

The value of Mac OS X lies in the combination of UNIX and general purpose OS and supported hardware. Without one of the three, its value is not quite as clear.

If you want to experiment with operating systems, I recommend getting FreeBSD or Solaris. Both are easier to install than Mac OS X on non-supported hardware.

Conclusion :Alternatively, simply buy an actual Macintosh computer to see what Mac OS X is about. 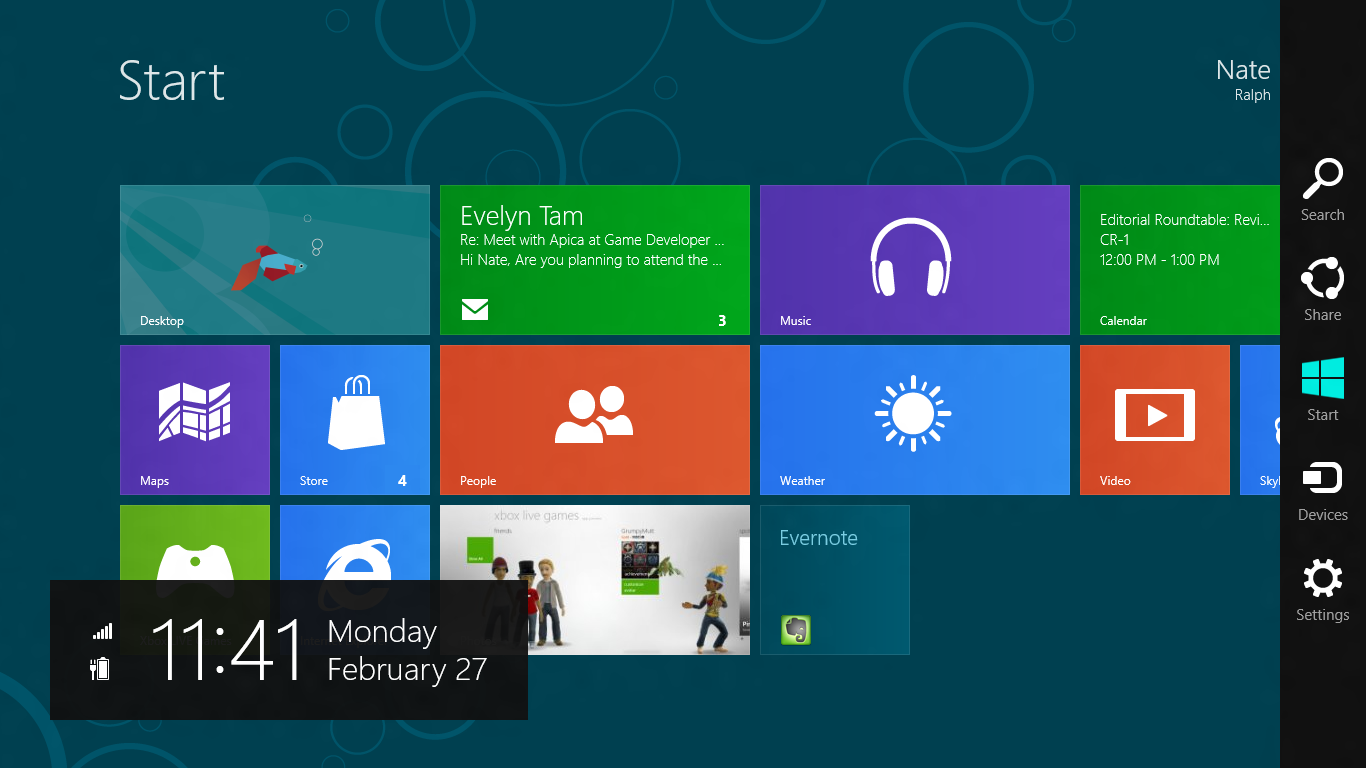 Windows has released many version of its OS's  and its recent one is Windows 8 which has been taking loads of sh**s recently from consumers, People often don’t like change at first. Just look at the way every little tweak to the Facebook interface is received. It takes a little time, and a little trial and error, to discover where everything is, how it works, and how to get around. Then it takes a little more poking around to get really fast at it. We all know how the Internet works: there are people who will use something for two minutes (or not at all) and spend the rest of the day complaining about it on forums, comments, message boards, and social networks.

I can sympathize. It’s unsettling to see such basic tenets of the Windows user experience shifted so dramatically. Windows 8 wants me to do a lot of things through the Metro interface that I used to do on a desktop interface, and there was some natural resistance to that at first. I only had to look for something in the wrong place once to become frustrated, and it took a little time to unlearn all I had learned since Windows 95.

if your looking for a change then windows 8 is for you.

Linux has many distributions called distros, I'm not gonna review each one istead i've complied few which i think would be better for a Started.

Linux Mint 15 “Olivia” has been released so it’s time for another review of one of the most popular distros of all time. Linux Mint has always been one of my favorite distros, it has so much to offer any desktop linux user. This release doesn’t disappoint either... Read More

I've already posted about it on this site read Why I Recommend #Ubuntu for more details, its definitely worth trying it. Latest version of Ubuntu has come up which is Ubuntu 13.04 Raring Ringtail Click here to read about it.

Trisquel 6.0 LTS was recently released so it’s time to give it another look. Trisquel is a popular distro for users that prefer to use only free software. You won’t find proprietary software included in Trisquel, it’s dedicated to the idea of truly free software...Read More